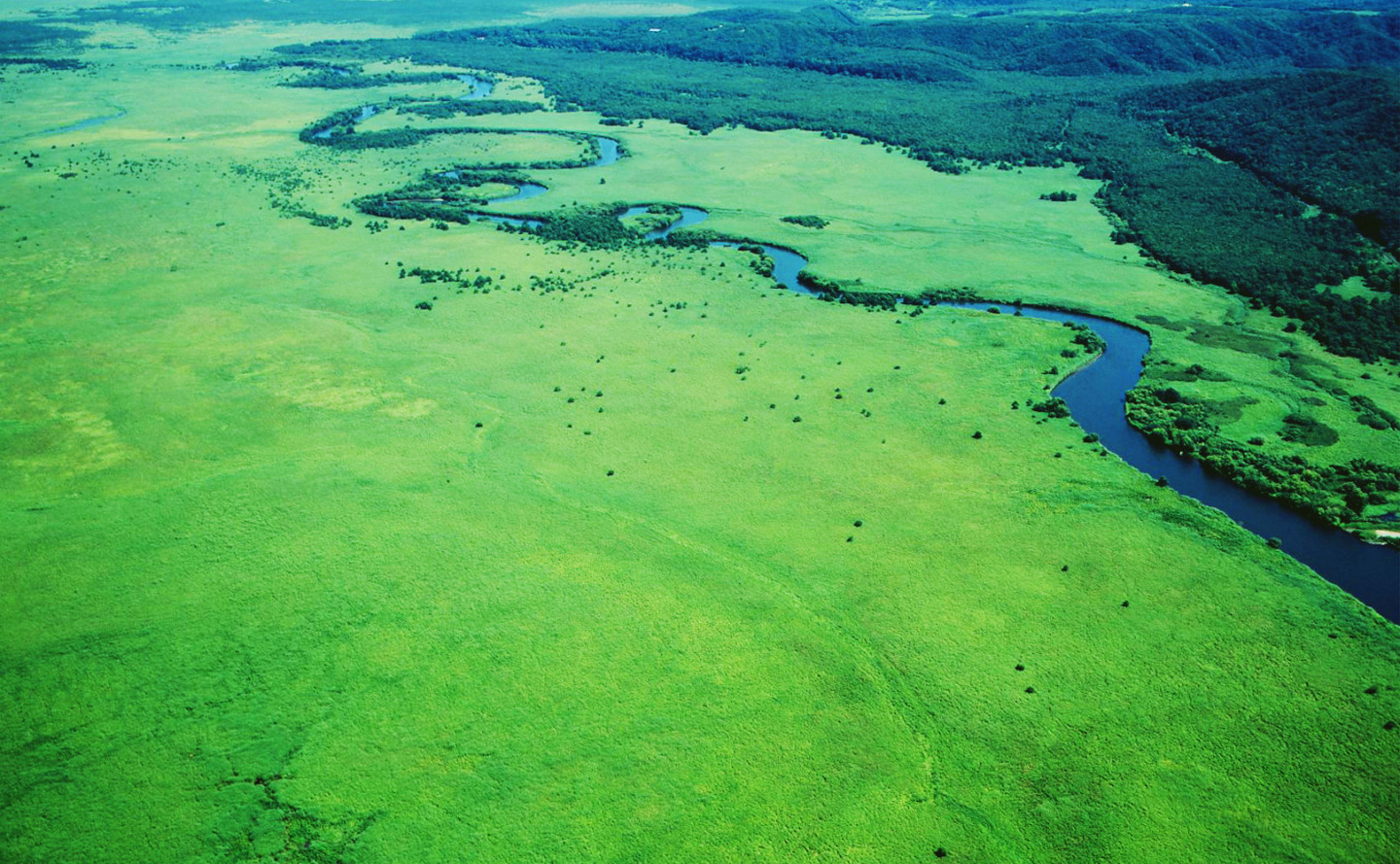 Kushiro Shitsugen National Park is visited each year by some 460,000 people, including both Japanese nationals and foreign visitors. The wetlands we see today were formed naturally over six thousand years, making it a truly miraculous place. Around 2,000 species of fauna and flora call this habitat home, including tancho cranes, designated as a special natural monument of Japan. Here, we will take a closer look at the many observatories from which you can view this magnificent and untouched natural area. 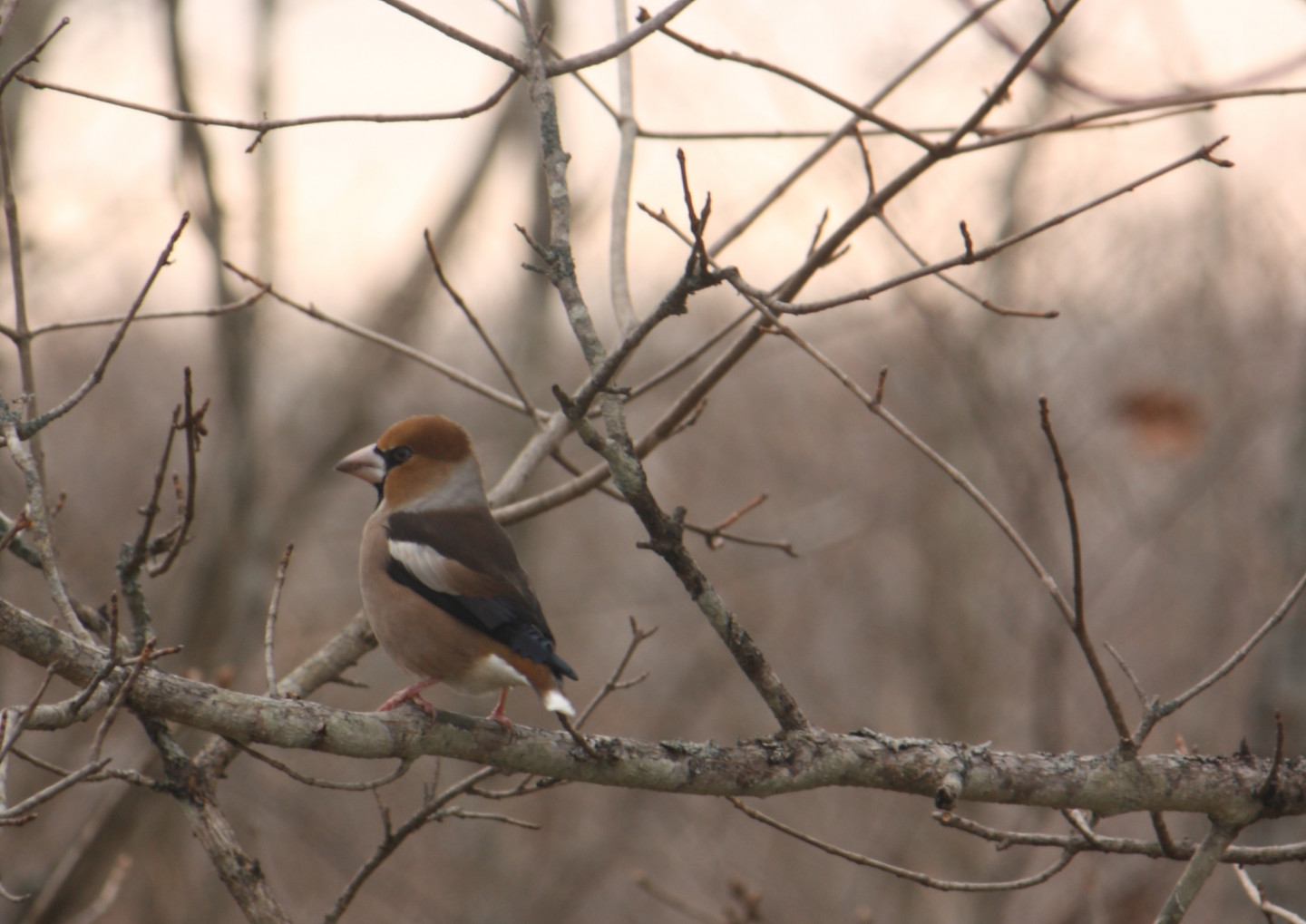 Kushiro Shitsugen Wetland is the largest in all of Japan, as its area is equal to roughly the entire land mass of Tokyo’s 23 wards. Kushiro Shitsugen National Park is the 28th of Japan’s national parks and it is also registered as a Ramsar wetland, considered an important international wetland for its wildfowl population and protected under the Ramsar Convention. Every year the park is a major tourism destination for many visitors from both Japan and abroad and the most alluring aspect of the park is that nature’s majesty can be viewed easily and up close. In particular, around 200 species of wildfowl call the park home, making it popular as an ideal spot for bird watching. The most popular time of the year to visit is between mid July and September when the area is covered in beautiful green foliage. However, the area has a different face in each of the four seasons, so you can visit countless times without growing tired.

・The best place to view the tancho cranes, steward of the wetlands：http://en.kushiro-lakeakan.com/overview/3760/
・Kushiro International Wetland Centre：http://www.kiwc.net/english/

The ecological diversity of three types of wetland—high, medium and low-lying wetlands 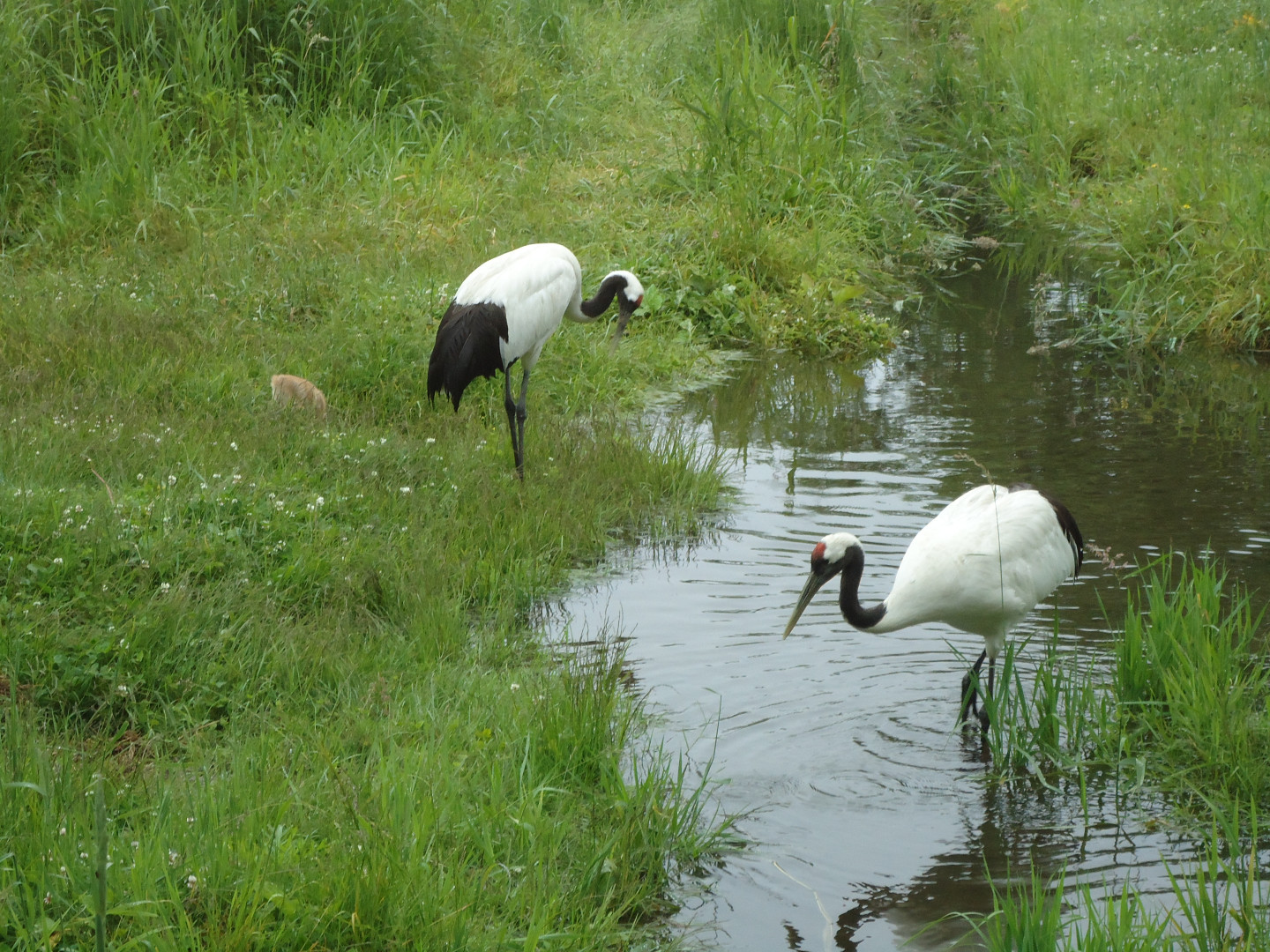 Kushiro Shitsugen Wetlands is home to around about 700 plant species and abut 1,300 animal species. Wildlife includes the tancho crane, designated as a special natural monument of Japan, and the Siberian salamander, which has survived since the ice age. The wetlands can be separated into three types. First, the high-lying area at a slightly higher elevation where Japanese alder and other trees grow, the low-lying area at a slightly lower elevation that is flooded by water and where reeds, sedge and other vegetation grows, and the medium-lying area found in between the high and low-lying areas. Each area features its own unique and diverse ecosystem. The value and allure of Kushiro Shitsugen Wetlands, where various forms of life thrive, is immeasurable even academically. 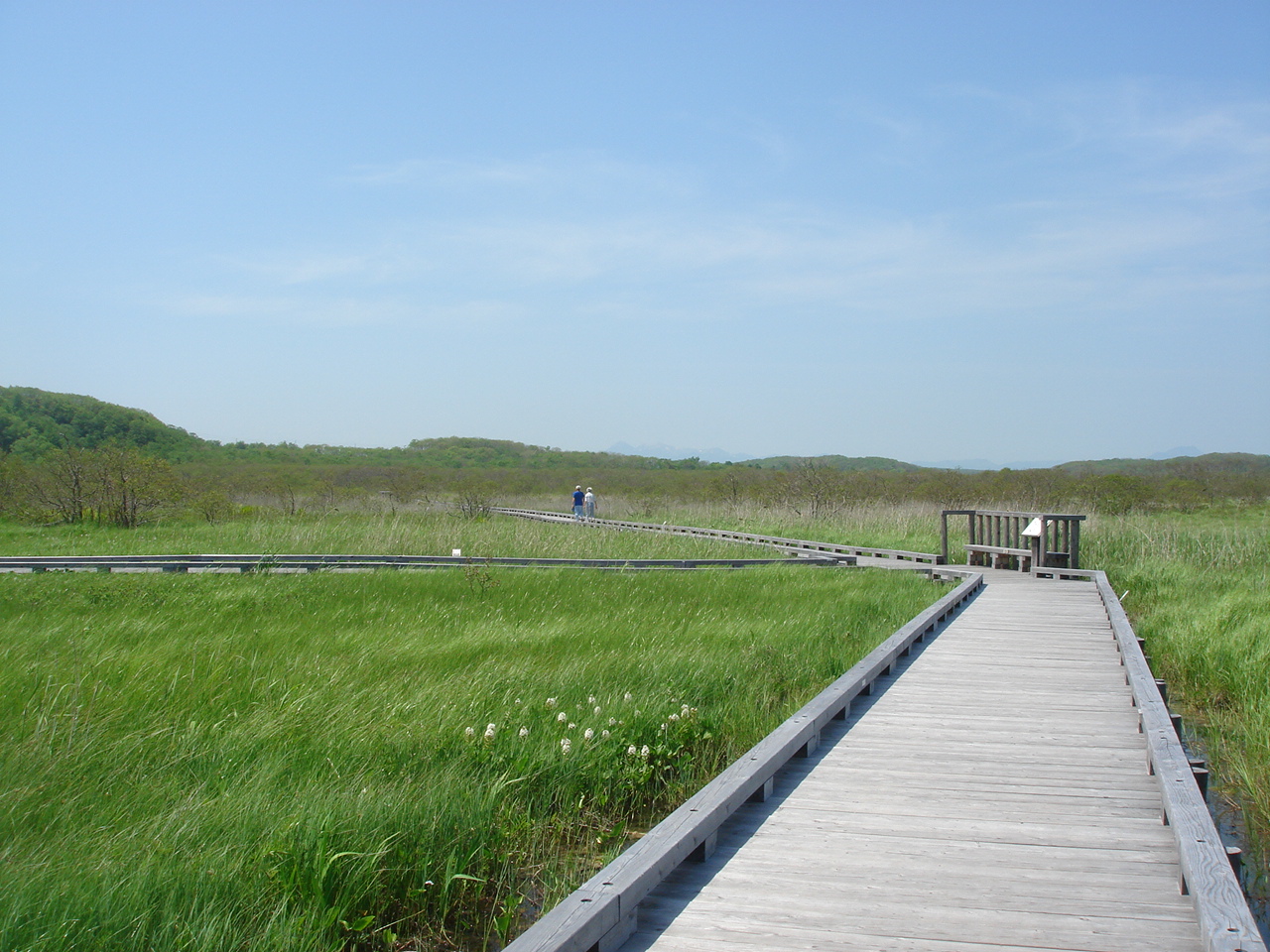 The majesty of the east created by the river and wetlands 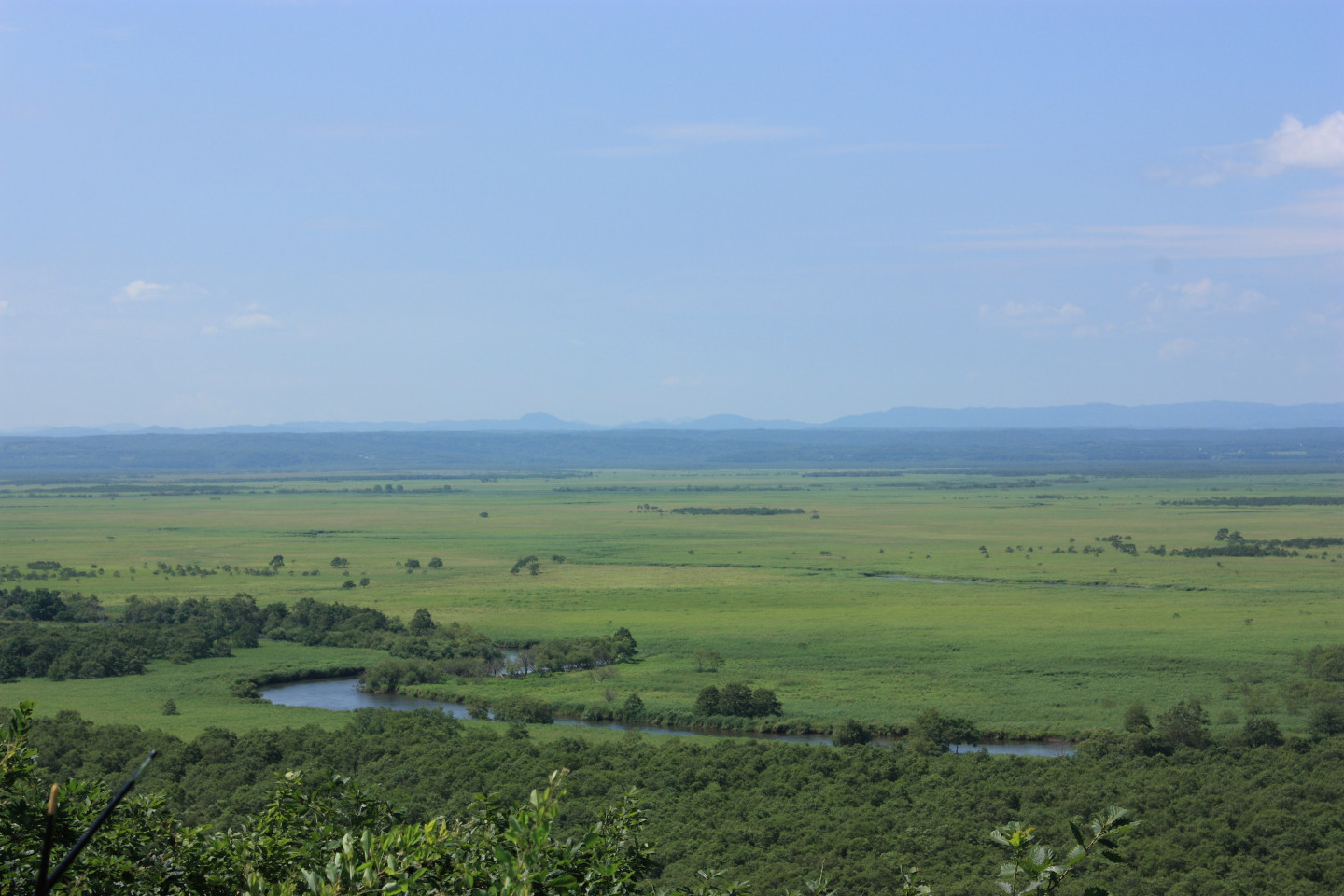 The east side features Hoso-Oka Observatory and Visitor’s Lounge, Sarubo Observatory, and Kottaro Observatory. The views from these observatories mainly include waterscapes, such as the river and lakes, providing dazzling sights that include the majestically meandering Kushiro River and surrounding wetlands. Hoso-Oka Observatory is a must-visit because of its truly wondrous scenery. On clear days, you will be greeted with views of the Akan mountains in the distance.