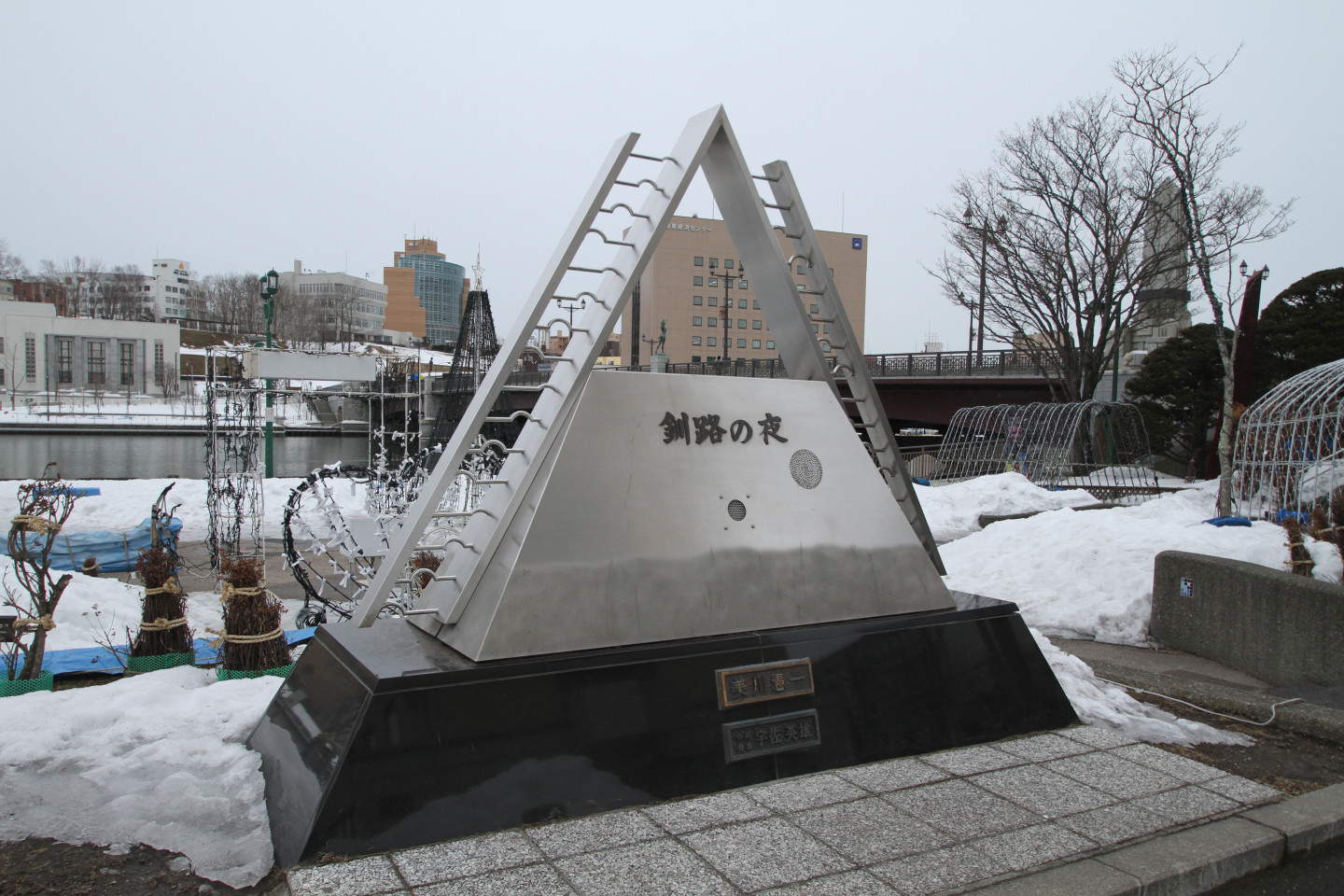 Who would have thought that there would be this many songs about Kushiro? A number of songs have been created about Kushiro that paints a picture of bygone eras in Japan. In Nusamai Plaza, at the base of Nusamai Bridge along the right hand river bank of the Kushiro River, you will find a monument to Kenichi Mikawa’s Kushiro Night, and as you draw near the monument actually plays the song aloud. This monument was created by the City of Kushiro, Kushiro Tourist Association, and local volunteers in order to thank Mikawa for supporting Kushiro in the wake of the earthquake that struck off the coast in 1993. There is also a monument to Kaori Mizumori’s Kushiro Shitsugen located on the opposite shore in between Nusamai Bridge.

In addition, other songs about the city include Dear Kushiro by Hisashi Kobayashi, Goodbye at Kushiro Station by Koichi Miura, Marimo Song by Kaori Mizumori, Hokkai Kushiro by Azami Natsukawa and Sarurun Kamuy – Gods of the Marsh- by Maki. The lyrics of each of these songs includes Kushiro’s unique scenery, including fog, foghorns, elegy, Kushiro Station, Eastern Hokkaido port town, and the setting sun, among others. The descriptions of beautiful scenery that appears foreign to many Japanese people now doubt stirs the emotions of the listener. Why not take a stroll in Kushiro while humming one of these famous songs?