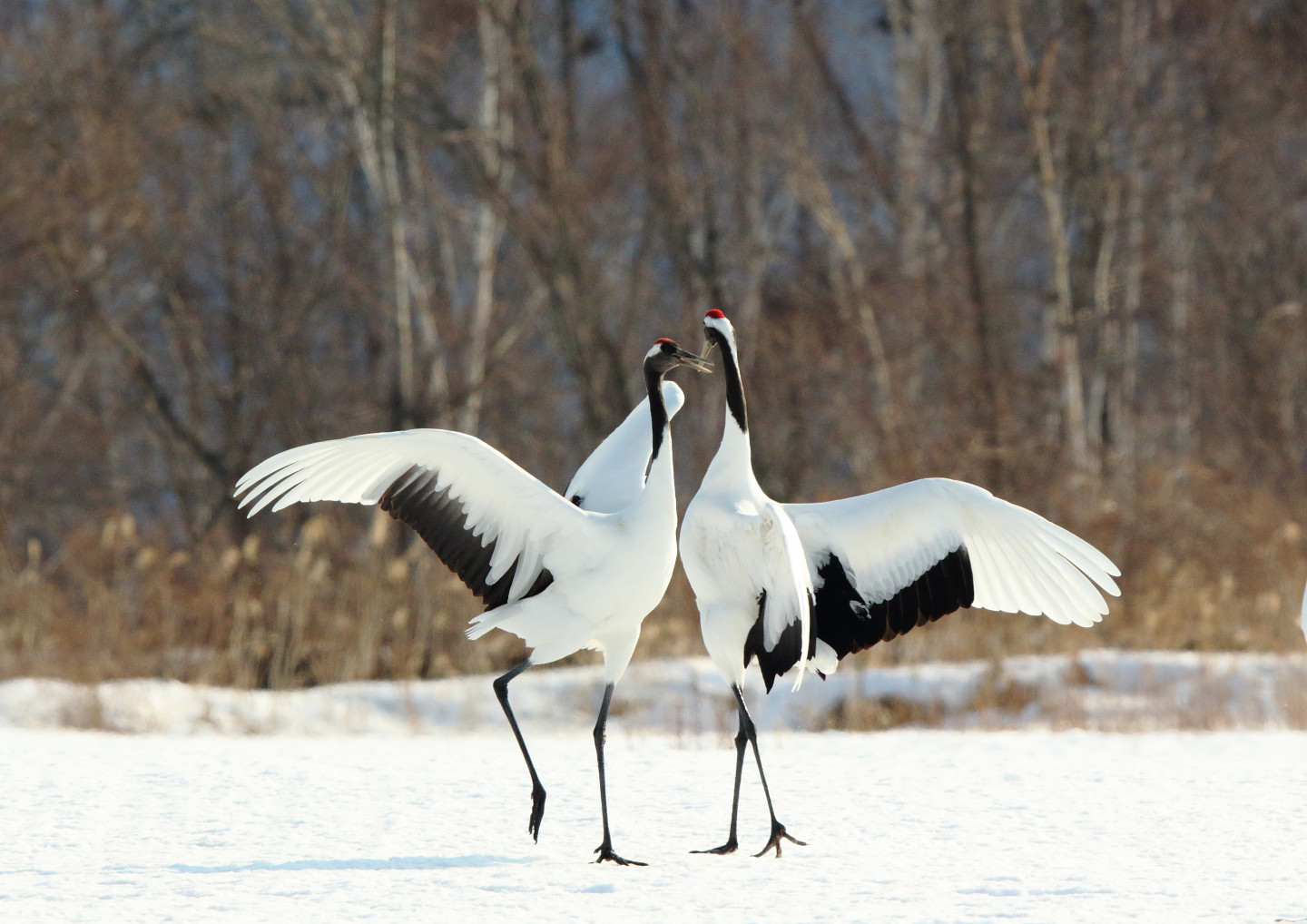 Kushiro Shitsugen and Lake Akan are both home to vibrant nature that is the habitat for a number of special natural monuments only found here. These include the tancho crane and marimo. Both are rare flora and fauna protected by the national government. Why are tancho cranes and marimo only found here?

・Two National parks with differing ecosystems only found in Kushiro：http://en.kushiro-lakeakan.com/things_to_do/6389/ 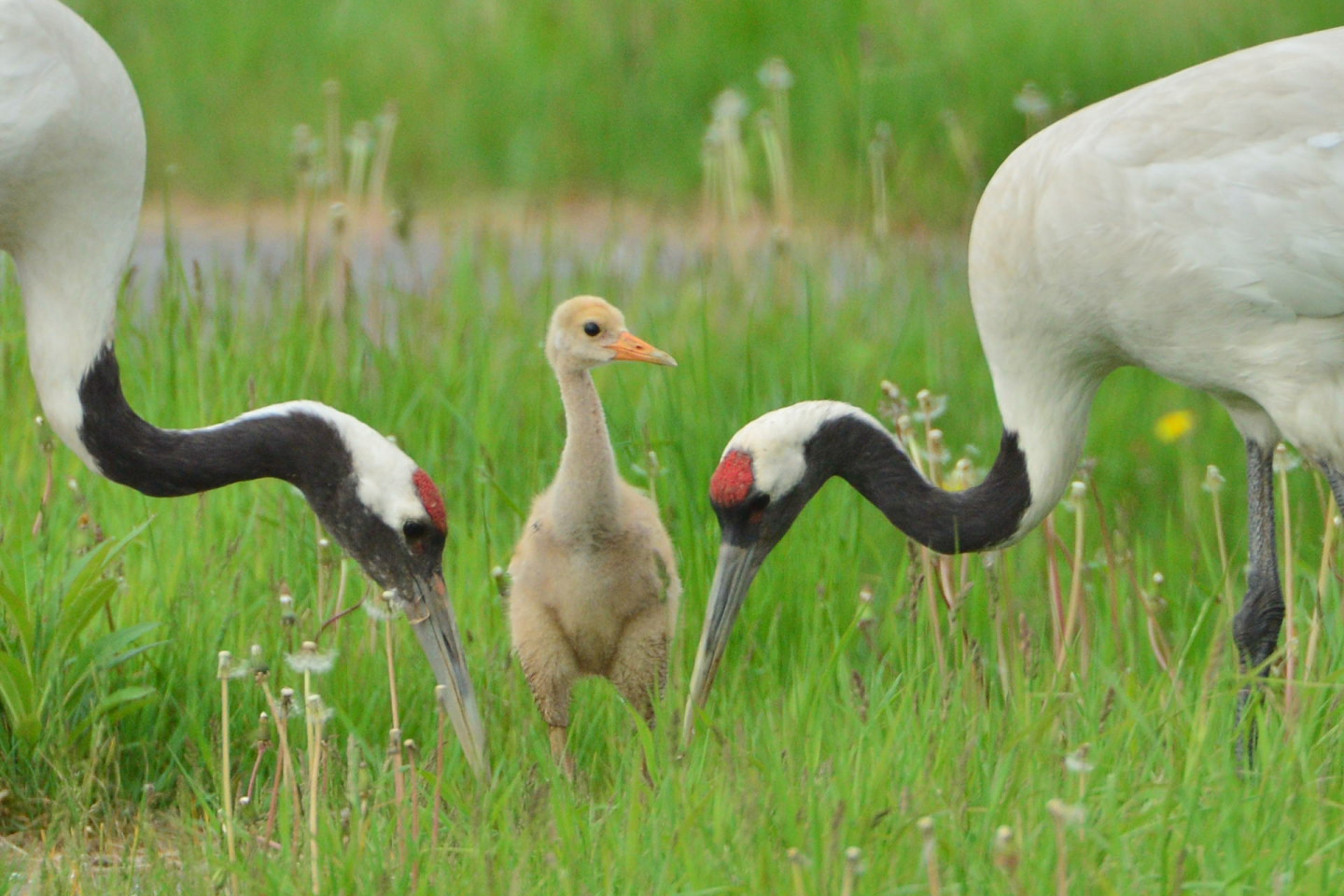 The crane has been a familiar and auspicious symbol of long life since ancient times. The tancho cranes found in Eastern Hokkaido are one species of crane that is carefully protected and known by the Ainu people as the Sarorun Kamuy, or god of the wetlands.
However, as the colonization of Hokkaido ramped up, development took away their habitat and over hunting caused their population to dwindle. As a result, until 1924, the tancho crane was considered to be extinct. However, tancho cranes were discovered living in Kushiro Shitsugen Wetland. This means they were able to avoid extinction because they lived in the undisturbed nature of the wetlands. The tancho crane population was only a dozen or so in 1952 when they were designated a special natural monument. Today, the population has increased to more than 1,000. During the winter months, you may be able to catch glimpse of these majestic creatures when they come close to human habitation in search of food. 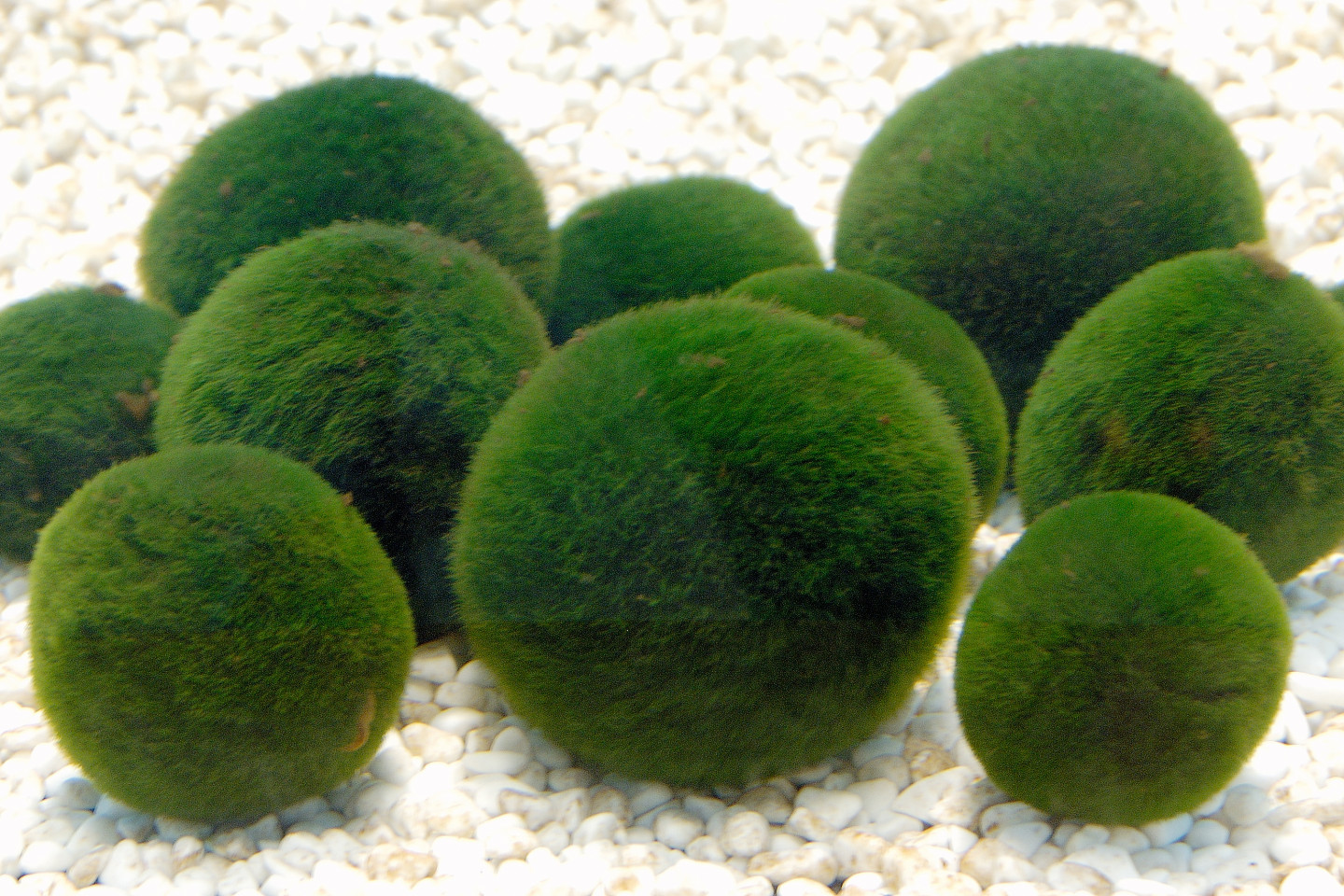 Marimo is the name given to a species of filamentous green algae that grows into a spherical shape. This form of algae is only found here in Japan, while only two of the same genetic line exists in the world today. Lake Akan is the only place in the world where these spherical balls can reach large sizes, which is believed to take more than 100 years. Research is still being conducted today on the ecology of this mysterious algae.
Marimo were first discovered in Lake Akan in 1898 by Takiya Kawakami, a student at the Sapporo Agricultural School. Kawakami gave the Japanese name marimo, which is formed by mari meaning play ball and mo a generic term for plants that grow in the water, because they looked like a round ball of algae. The marimo was designated a special natural monument in 1952. The marimo is considered to be an important nutrition source for the lake’s ecosystem, but in recent years the population is on the decline to the spread of invasive species like the signal crayfish. As a result, currently, Kushiro is working to have Lake Akan inscribed on the UNESCO World Heritage list.

The rare wildlife of Eastern Hokkaido 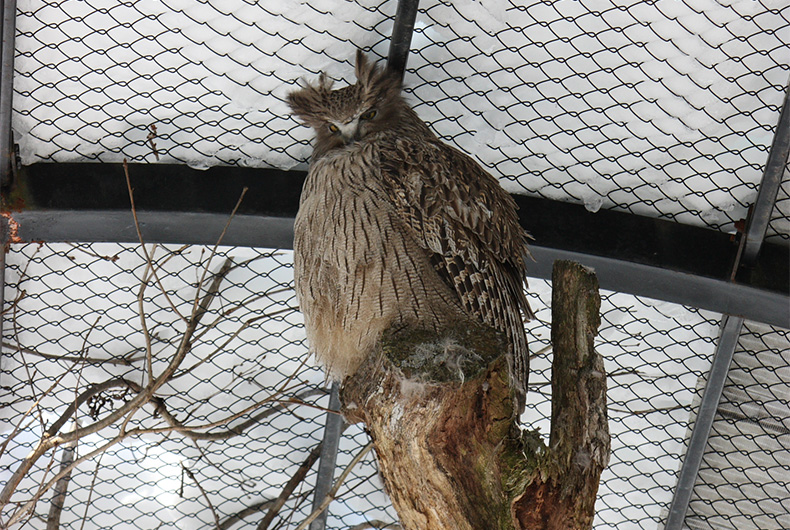