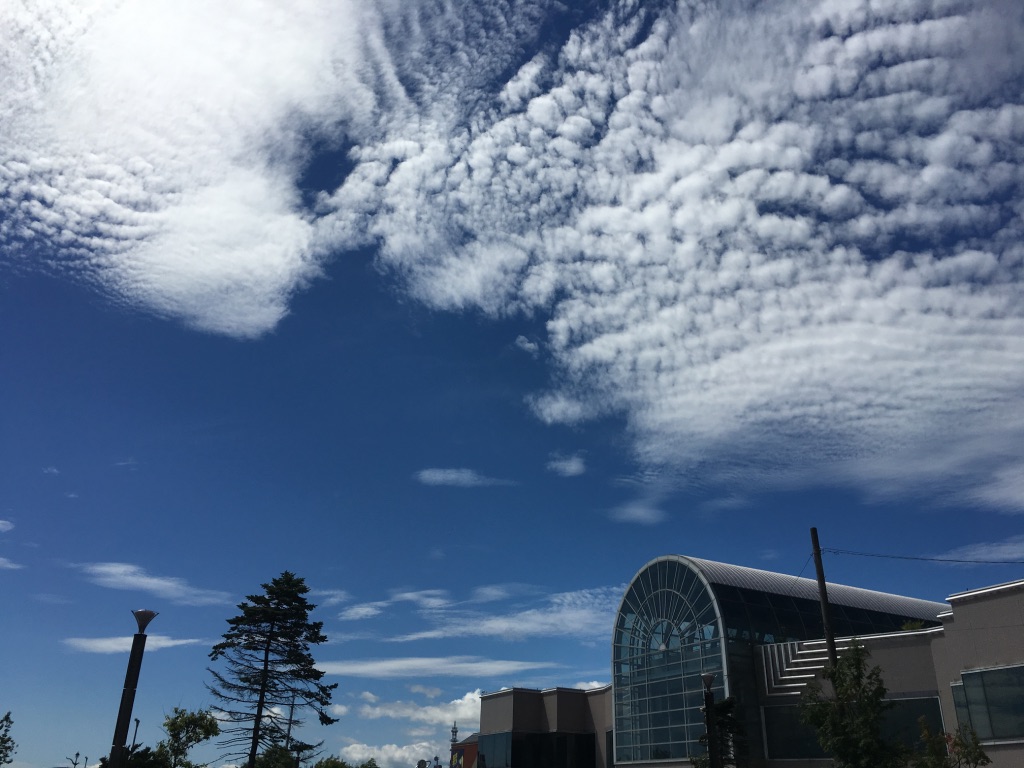 Even though it is part of the same city, Lake Akan is about a 90 minute drive from downtown Kushiro. The climate of the coastal area and inland area is very different from one another, each with its own allure. How different are the two climates? Let’s take a closer look following the four seasons.

Summer is cool along the coast while hot inland 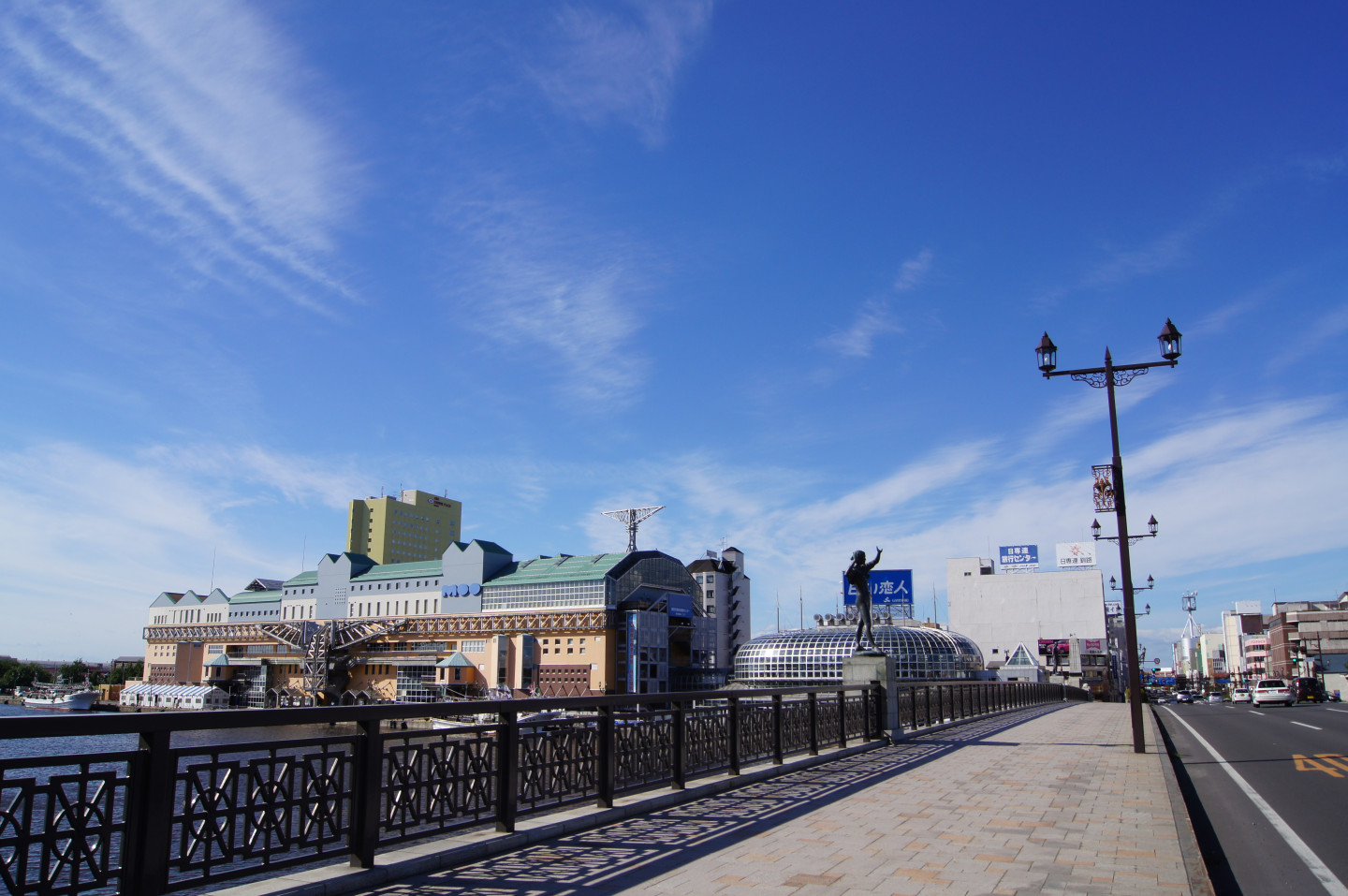 Kushiro’s coastal area experiences the coolest summers in all of Hokkaido because of the prevalent sea fog. Even in August, the daytime high temperature typically ranges from 20 to 25 degrees Celsius. Hot summer days where the temperature exceeds 30 degrees Celsius are rare, occurring around once every 10 years or so. In addition, the heat does not last into the night, so a t-shirt is all you may need during the day, but at night it can get chilly, so visitors should bring along a long sleeve shirt or light jacket for night time outings.
In contrast, summer is hot in the inland area including Lake Akan where the daytime temperature often exceeds 30 degrees Celsius. However, there is little humidity and a comfortable breeze is usually blowing, so typically it does not feel as hot as other places in Japan during the summer. You can wear a short-sleeved shirt into the early evening, but you will still need a light jacket because at night it cools off rather rapidly.
If you happen to go for a half-day drive, the temperature could vary by around 10 degrees Celsius between the coastal area and inland area. Be sure to bring along the appropriate attire for both climates. 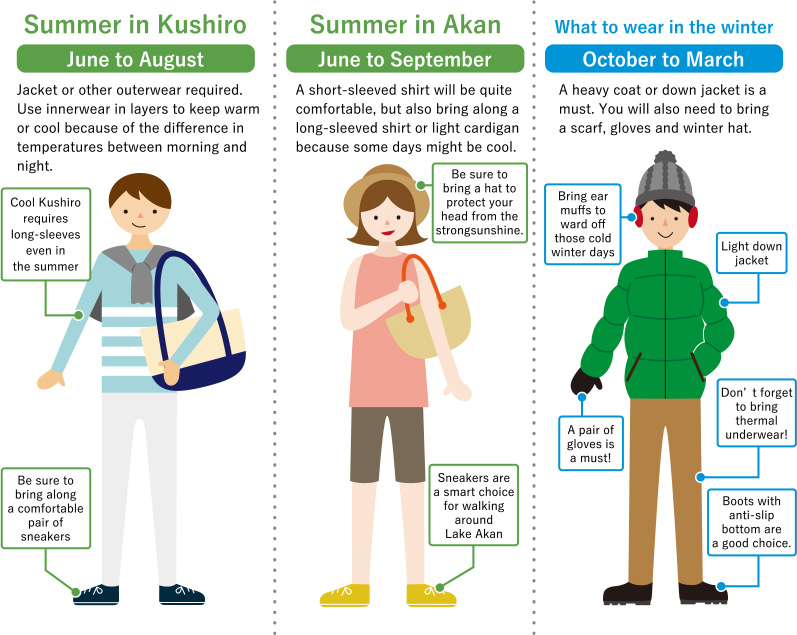 A winter without snow or a winter wonderland 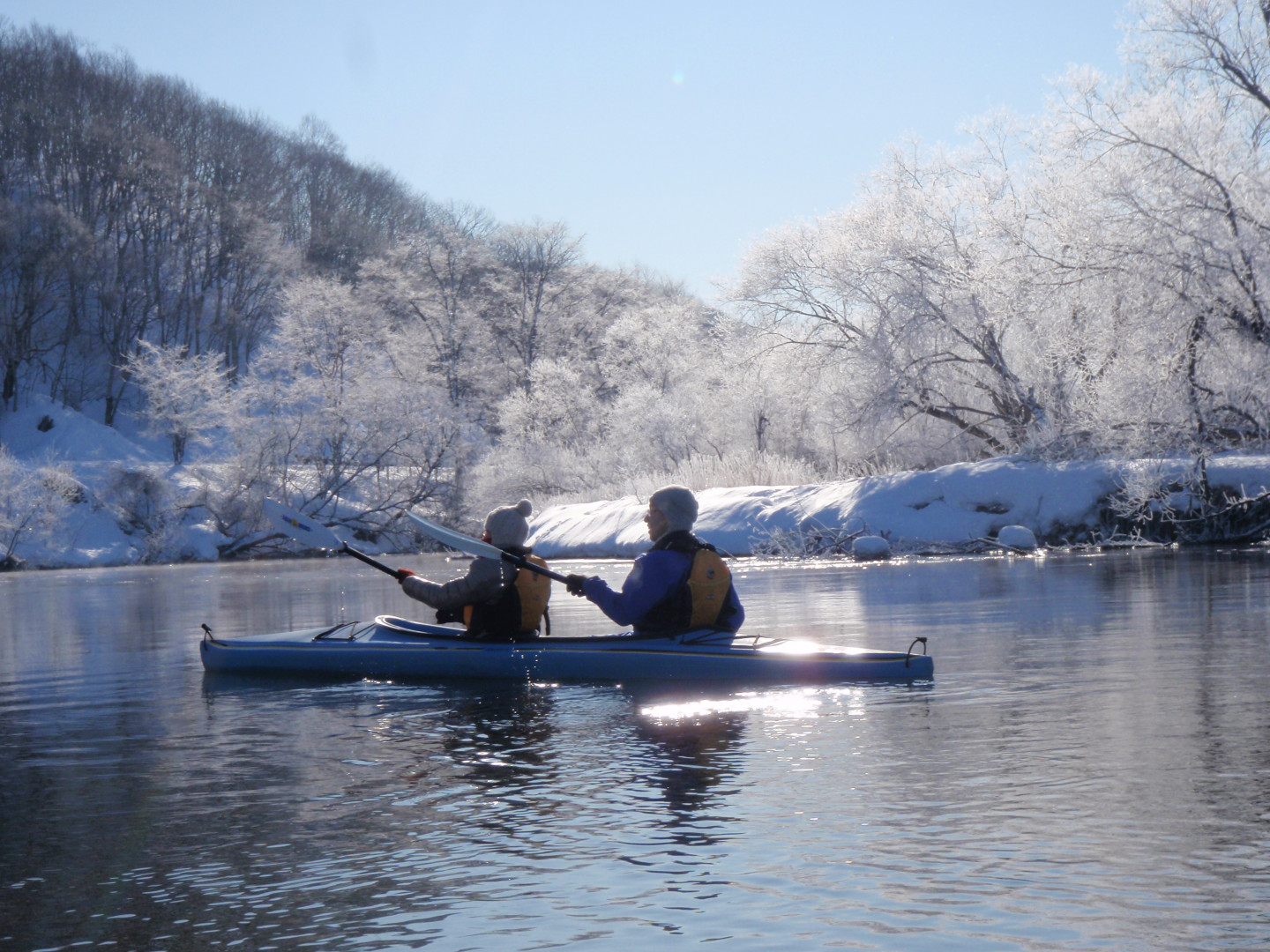 During the winter months, there are many days of sunshine both along the coast and inland. Winter here is known for being bitterly cold, with the temperature often falling below negative 10 degrees Celsius. The major difference between the two areas is snowfall. Snowfall amounts along the coast are typically small and roadways are not covered for too long. However, water from the melting snow can freeze, creating icy areas at night. Be especially careful when driving at night in the winter. Snow piles up quite high in the inland area, creating a more winter-like scene. The inland area also offers a host of winter sports and activities. A favorite pastime is to play winter sports and then relax in an outdoor hot spring bath at Akanko Onsen while gazing at the snow-capped peaks.