The 10 Best things to do in Kushiro and Lake Akan in autumn.秋の釧路・阿寒湖で体験できる10のこと

Various outdoor activities can be experienced in Kushiro area and Lake Akan in autumn season.

Fukutsukasa Brewery, With its blessing name, this time-honored brewery started the business in 1919. Its most popular “Junmai-Ginjo” is made from best selected locally-sourced rice with naturally filtered river bed water. If you are the beginner, it’s the best to start with it to learn how the real flavor & taste sake is.

This building was constructed in 1900 as a marine products store with residence, which is the oldest wooden house in Kushiro. Stepping inside, you immediately feel as if you traveled back in time when the fishery trade was booming in Kushiro. Displays include vintage photographs of the Meiji and Taisho periods. Let’s be time travelers!

3. Participate in the Ainu ritual

The “Thousand Torches Parade” is held every year in September and October in Akanko Onsen. Hundreds of torches are raised as an expression of strong determination to protect the abundant nature of Lake Akan, which nourishes the Marimo as well as to give thanks to the Ainu goddess of fire, Ape Kamuy, and to the great northern lands. From the hot spring district to the Ainu Kotan Village, the countless dancing flames indicate the path for the gods to travel. 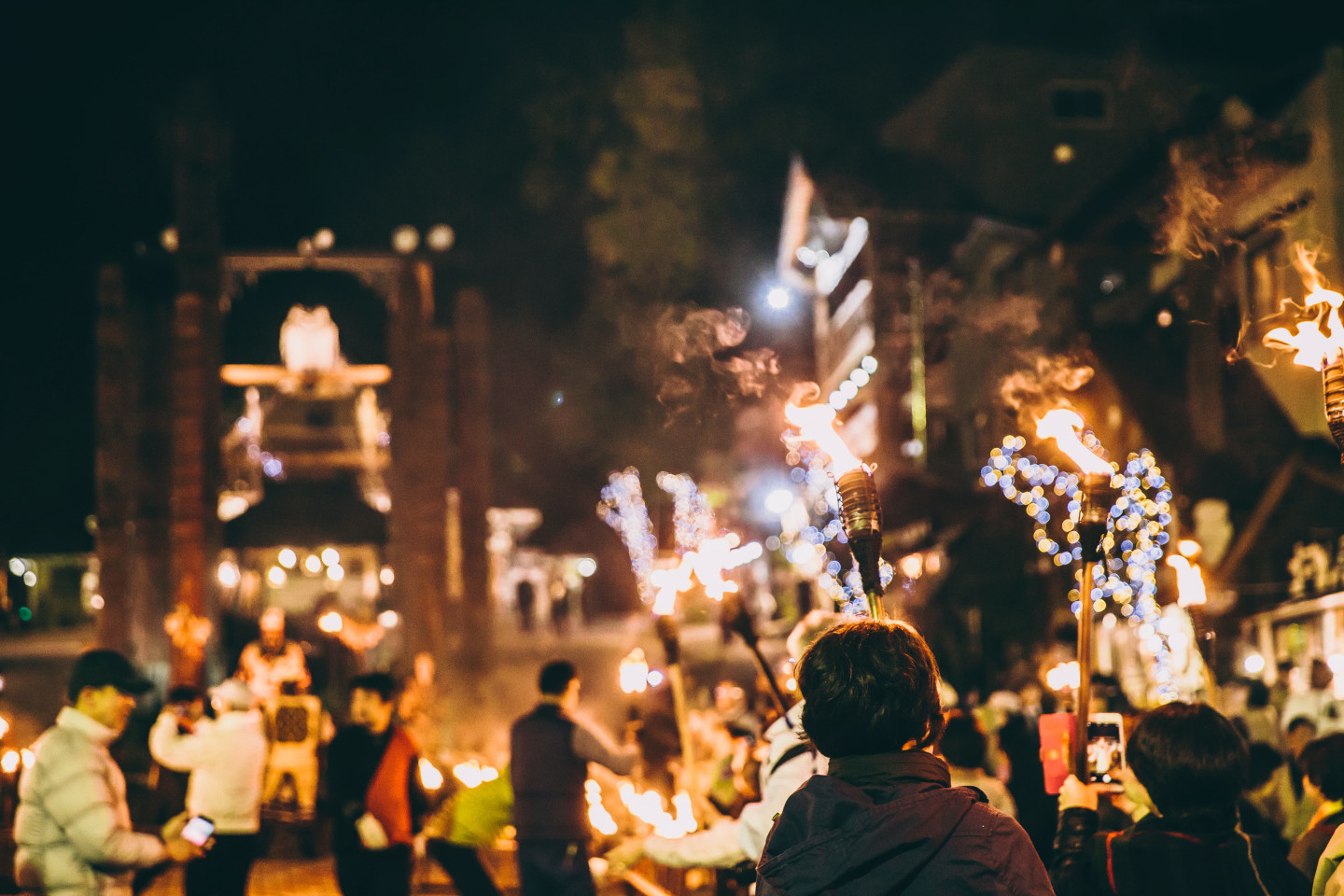 The bridge is perfectly located at 5 min. drive from Akanko Onsen to view magnificent waterfalls coming out of the Lake Akan and Lake Taro. From late September to early October, colorful leaves of Japanese maples and Japanese Judas trees in reds and yellows hang over the vigorous waters and create spectacular scenery. This is one of the natural work of art. Best place to take great photos! 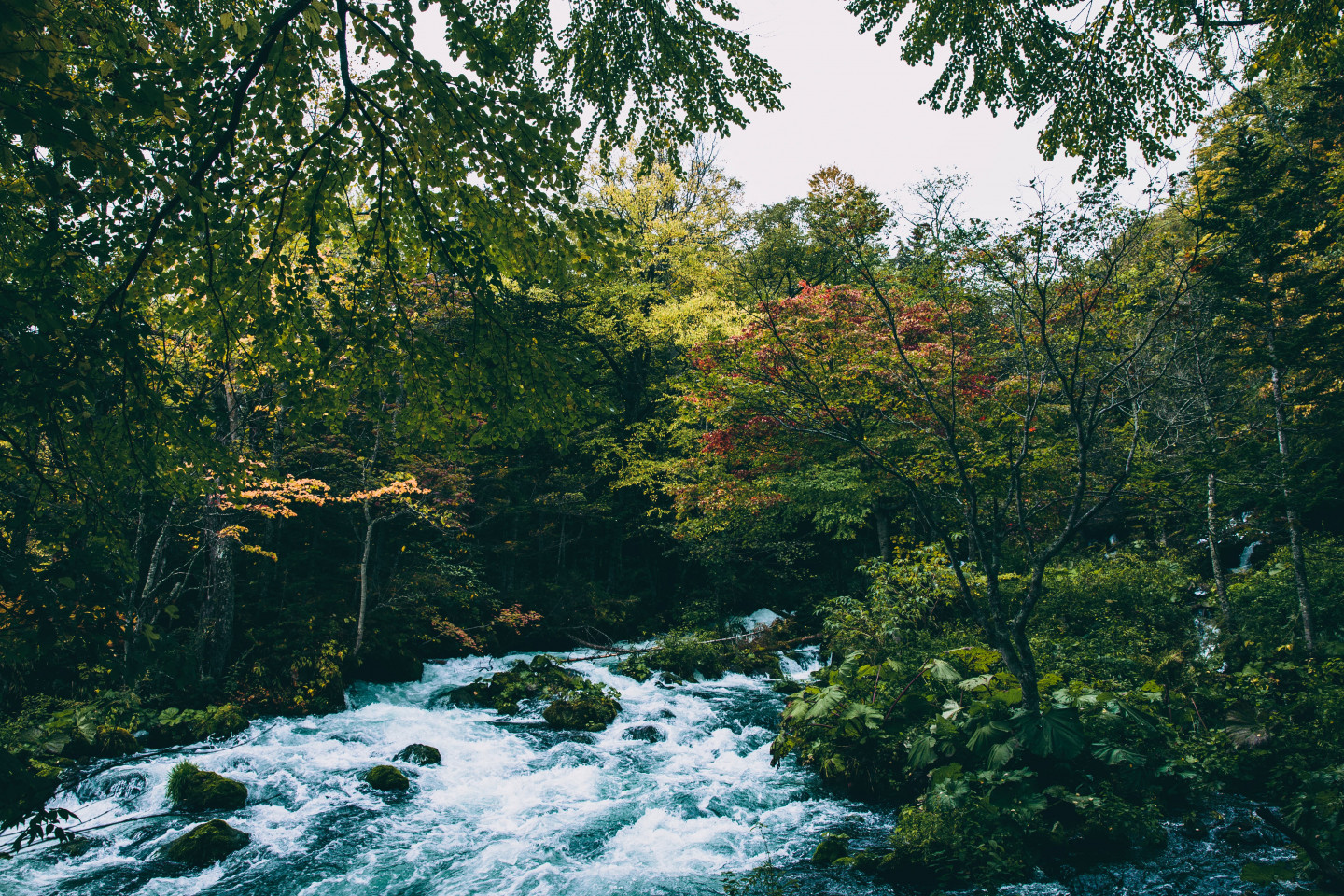 Mt. Hakuto lies to the south of the Lake Akan, reaching a peak height of 950 m. It offers points of interest such as autumn leaves, flowing river, “bokke" mud volcano vents, etc. From the observatory at the peak, you can get the panoramic view of Lake Akan and Mt. Oakan at the north side and Mt. Meakan at the other side. 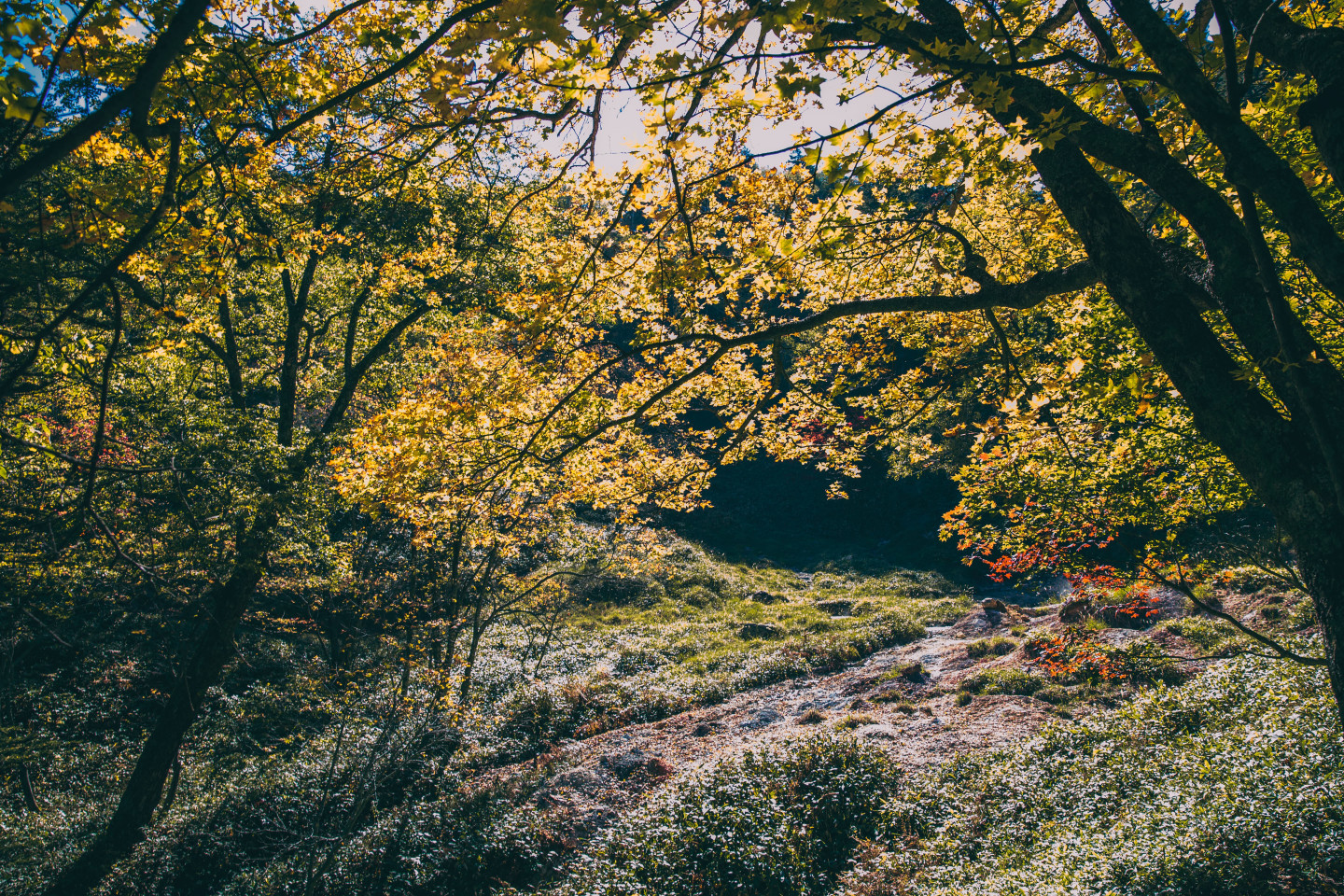 Canoeing in Lake Akan, surrounded by the primeval forest with a special guide. With the dreamy lakeside scenery reflected on the water, and rare wild birds such as White-tailed sea-eagle, Osprey, etc., both adults and children will have the great fun. 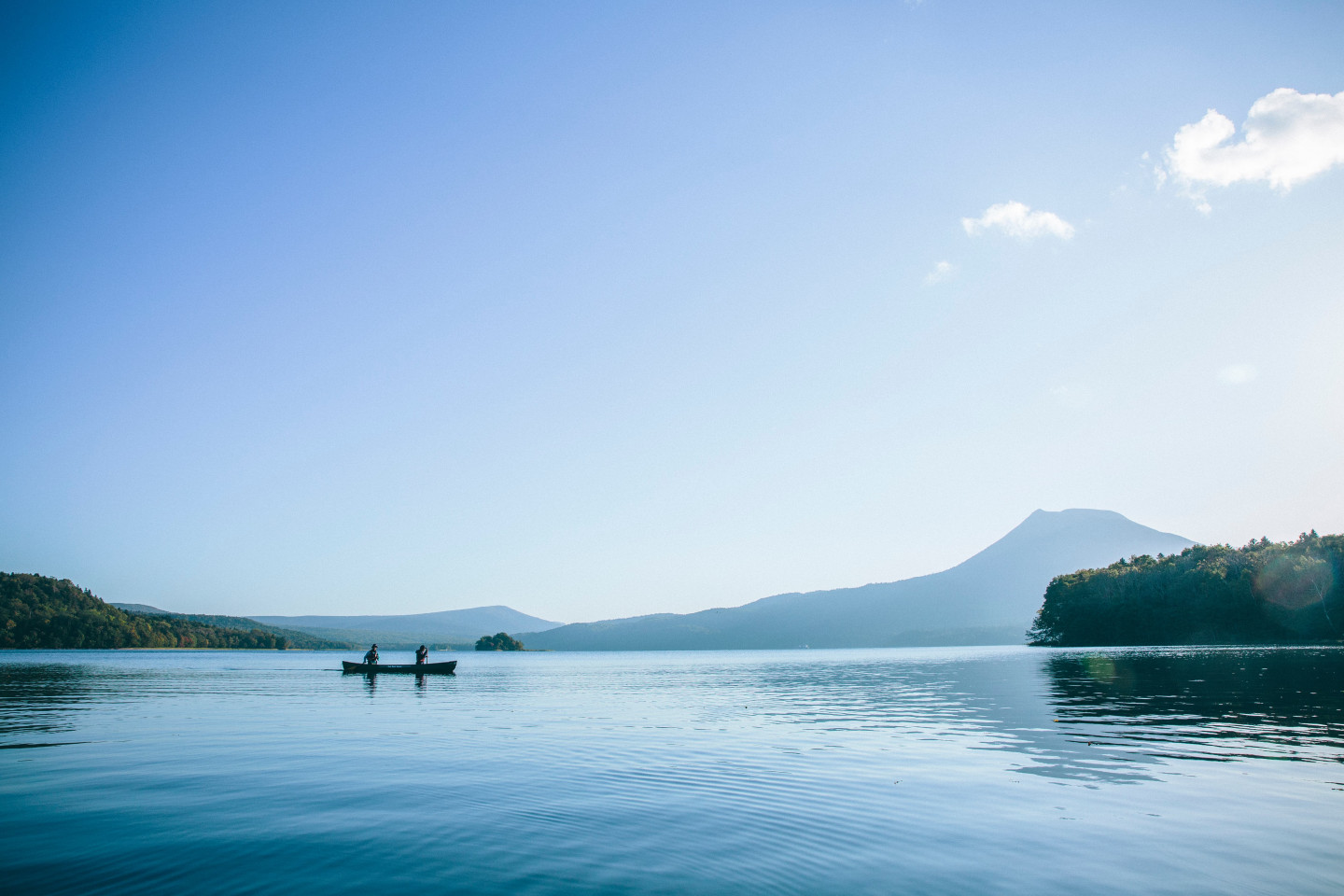 As the air gets colder in fall, soaking in a onsen will be a precious moment. Akanko Onsen, which is on the shore of Lake Akan, is well-known for its quality across Hokkaido. Many hotels have open air onsen where you will have breathtaking views of the lake and surrounding mountains.

“Hikari-no-Mori” Walking Tour gives you the privilege to enter the primeval forest near Lake Akan. A tour with a special licensed guide allows you to enter the private area which is closed to ordinary people. The 800 years old Japanese Judas tree and the volcanic mud pool called “Bokke” are the highlights of the tour. It’s a delightful moment to see colorful foliage and all kinds of mushrooms growing under the feet.

The Hakuryu Shrine is on the Yaitai Island in Lake Akan. So you take a boat ride to land on the island. With a perimeter of 300m, this inhabited island has Hakuryu Shrine, which is said to be able to feel sacred power of deities. It will be an unforgettable experience to look out at the majestic mountains of Mt. Meakan, Mt. Oakan and Mt. Fuppushi in such a spiritual field.